The Ankole-Watusi, also known as Ankole Longhorn, is a landrace breed of cattle originally native to Africa. Its large distinctive horns that can reach up to 8 ft (2.4 m) from tip to tip are used for defence and cooling by honeycombs of blood vessels.  Ankole-Watusis weigh from 900 to 1,600 pounds (410 to 730 kg).
​
Living in the savannas and open grasslands, their diet consists of grass and leaves. The variety is sometimes known as Ankole or Watusi and is a type of Sanga cattle. 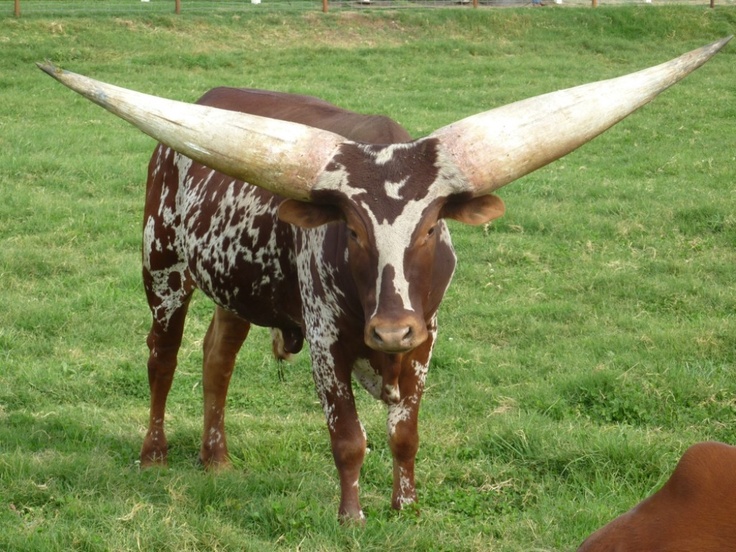 ​Ankole-Watusi should appear elegant, well-bred, and graceful. A straight topline and a sloping rump are required; a neck hump is preferred, but not required. Cattle may be solid or spotted in colour.  Usually dark red, but they can be every ordinary colour among cattle, including red, black, white, grey, brown, yellow and dun. They can also have small spots or large white splashes.  Horns are long and symmetrical, with a base large and proportional to horn length. Lyre and circular shapes are preferable to flat.
​
During the day, the calves sleep together, with an "auntie" cow nearby for protection. At night, the herd members sleep together, with the calves in the centre of the group for protection. The horns of the adults serve as formidable weapons against any intruders. 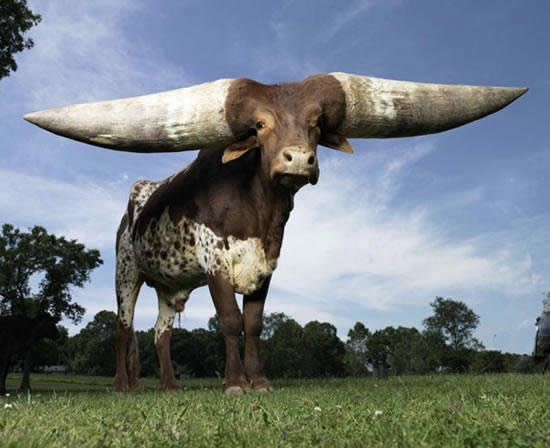 The cattle herds play an important role in tribal life. The herds provided a form of barter, trade and a sign of wealth within the tribe. The animals provide a source of food when none would otherwise have been available. Seldom slaughtered for meat, except in ceremonies such as the coming of adulthood, the cows are frequently milked and bled to make a yogurt like high protein drink. This clabbered milk drink is a staple to the diet. The animals themselves provide status for a man within the tribe, his wealth being measured by the number and quality of animals that he owns. ​ 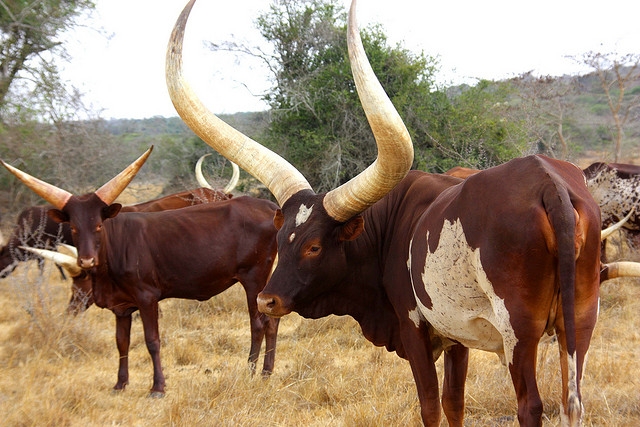 In Watusi the cows and bulls are long legged, making them capable of running and jumping with tremendous agility. The cows have a small, tight udder that would not be an easy target for predators or thorn bushes, yet they produce milk to nourish their young that tests out with very high butter fat. They give birth to a very small calf with the ease that is natural to wild species of animals. The calves are especially alert and are capable of running along with their mothers and the herd within a short time of birth. The breed is highly social, much preferring to stay in a group for company and protection. 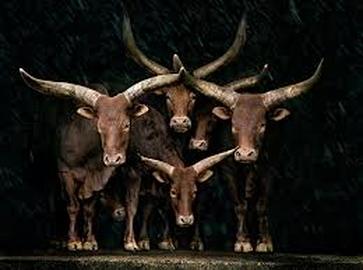