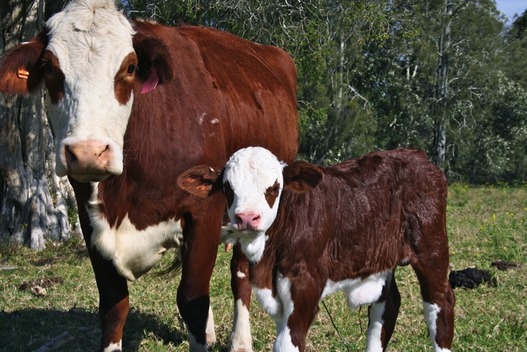 ​The combination of Hereford and Brahman genes enables this synthetic breed to adapt, thrive and breed in a variety of environments from extreme heat to extreme cold

The Braford is red like a Hereford with white underbelly, head, and feet. It is stockier than a Hereford, getting the stockiness from the Brahman. The Braford is primarily used for beef, but sometimes used for rodeo.

Brafords also have heat and insect resistance beacause of a chemical in their blood, this also makes them ornery by nature. They do best in warm climates. 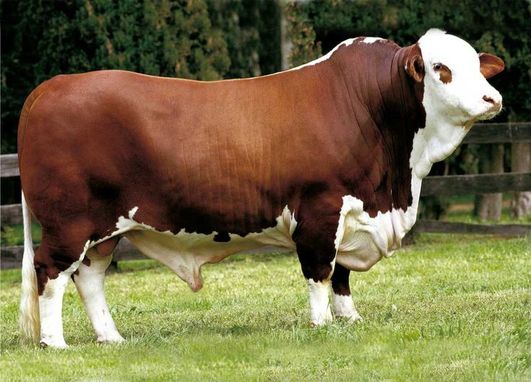 FERTILITY
Fertility is the single most important quality considered in the selection of the SA Braford. The intercalf periods of our top Breedplan cow herds are 368 and 375 respectively, and the society as a whole is aiming to achieve average ICP of 400.
Braford bulls have exceptional libido and strict selection is done on scrotal circumference.

EFFICIENCY
Brafords are medium frame beef cattle that have the potential to utilize even low quality grass to produce on average weaner calves of 45-50% of cow weight. Average birth weights are between 30-36kg and weaning weights should be in the range of 200- 270kg. The SA Braford consistently performs exceptionally well at the Eastern Free State Veldbulklub. Over a period of 9 years the Braford groups have realised Average Daily Gains on veld grass of between 626-752grams for the duration of the test and has been the breed with the highest selection percentage of all breeds. In intensive feeding environments such as feedlots Brafords can average as much as 2kg weight gain per day. 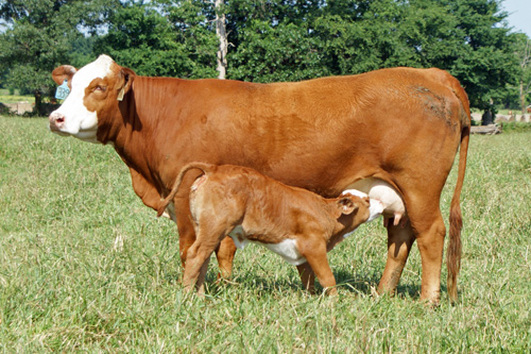