Canadienne cattle, also known as Black Canadienne, French Canadienne, and Black Jersey, are the only breed of dairy cattle developed in Canada. They originated in the 16th century, when French settlers brought cattle over for foundation stock to settle Canada . Canadienne's were the most common breed of domestic cattle in Canada until the late 19th century, when other breeds began to displace them.

The Canadienne, though still found on farms and ranches across the nation, is now comparatively rare except in certain portions of Quebec Province. Efforts by an active breed society and the Quebec government have been made in recent years to preserve the breed from extinction. 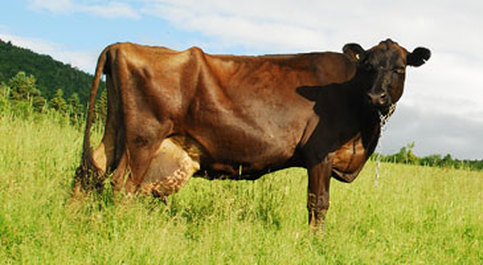 The main use of Canadienne cattle is for milk production, but they have also been used for meat consumption and draught work. They produce economically profitable milk in difficult conditions. Their hardiness and quiet nature made them good animals to use for farm work.

The breed has been developed to be small and compact to survive the harsh Canadian environment. They usually have dark brown or black coats with lighter coloured muzzle, topline and udder/scrotum. If horns are present, they will be long and upturned with darker coloured tips.

​Cows are generally small weighing 1000 to 1100 pounds but are known to be long lived and have a docile temperament. In relation to their body size, they are efficient producers of quality milk. Born pale or light tan, they become dark brown or black as they mature while still having a paler muzzle and udder. 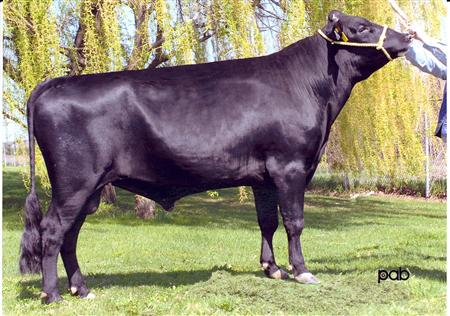 Canadienne Cattle will adapt well to many dairy management systems. They will thrive in pasture rather than on expensive imported grain. Standing at about four and a half feet at the withers, Canadienne Cattle are not large.

Canadienne produce meat that is lean and their light bone structure results in a high carcass yield. Their milk production is also extremely high compared to their body size! 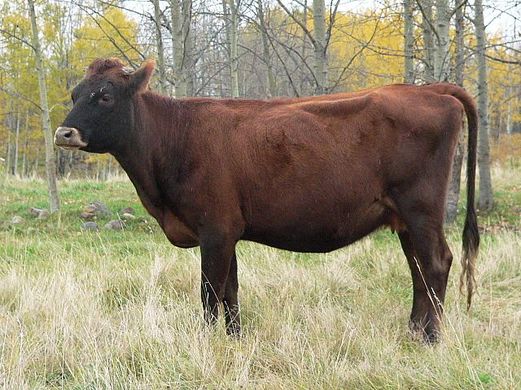