The Chianina is both the tallest and the heaviest breed of cattle.  An Italian breed of cattle, formerly principally a draught breed, now raised mainly for beef. It is the largest and one of the oldest cattle breeds in the world.  The Chianina breed is characterised by white hair and a black switch. They have black skin pigmentation. Chianina are heat tolerant and have a gentle disposition.

Originating in the area of the Valdichiana, from which it takes its name, and the middle Tiber valley.  Chianina cattle have been raised in the Italian regions of Tuscany, Umbria and Lazio for at least 2200 years.  Chianina oxen were the principal source of agricultural power in the area until displaced by mechanisation. 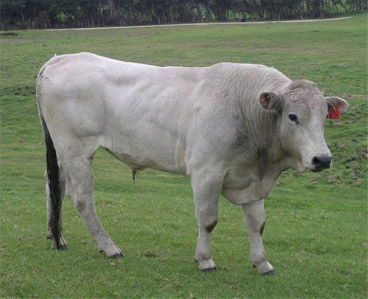 In beef production, Chianina cattle are chosen for their growth rate, which may exceed 2 kg (4.4 lb) per day, the high yield and high quality of the meat, and their tolerance of heat and sunlight. They are good foragers and are resistant to disease and insects to a greater degree than many other domesticated cattle.

The ideal slaughter weight is 650–700 kg (1,430–1,540 lb), reached at 16–18 months, where the yield may be 64–65%. The meat is renowned for its quality and nutritional values.  In Italy it is sold by name at premium prices by approved butchers, the sales receipt detailing the breed, birth and slaughter dates, identification number and other data of the animal in order to guarantee its origin.

Mature bulls stand up to 1.8m, and castrated oxen may reach 2m.  It is not unusual for bulls to exceed 1 600kg in weight.  Males standing over 1.51m at 12 months are considered top-grade.  A Chianina bull named Donetto hold the world record for the heaviest bull, reported by one source at 1 740kg when exhibited at the Arezzo show in 1955, but as 1 780kg and 1.85m tall at the age of eight. 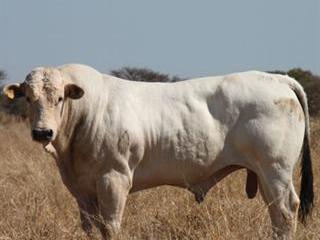 The Chianina breed is widely used for cross-breeding. In the United States the Chianina has been cross-bred with English breeds to reduce the fat content of meat in line with current fashion; elsewhere it has been used to transmit size, growth rate and its relatively low skeleton weight to local breeds.  It has been found to transmit well qualities such as growth rate, meat quality, resistance to heat and cold and to insects and disease, and adaptation to rough terrain.  Stock cross-bred with the Chianina may reach slaughter weight a month earlier than normal. 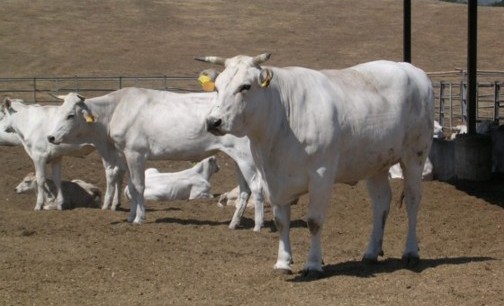