The Ropers and Bulldoggers Choice

Corriente cattle are a breed of cattle descended from Spanish animals brought to the Americas in the late 15th century. They are primarily used today as sport cattle for rodeo events such as team roping and bulldogging (steer wrestling). Some breeders raise them for their meat, which is significantly leaner than the meat from most modern beef cattle.
​
Corrientes are fairly small cattle, with cows averaging well under 1,000 pounds (450 kg). They are lean, athletic, and have long upcurving horns. They are known as "easy keepers," as little human intervention is required in their calving, and they eat significantly less than the big beef cattle. Like Texas longhorns (which many believe to be descended from Corrientes), they require less water and can live on sparse open range. Corrientes are also known as accomplished escape artists, as they can leap a standard barbed-wire fence and squeeze through fairly small openings. 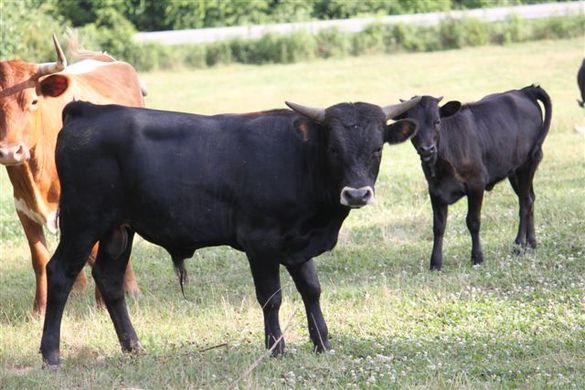 ​The Corriente is a small, agile, athletic animal with stamina, heavy horns, and a gentle disposition. These characteristics make the Corriente an ideal animal for team roping, bulldogging and an excellent choice for cutting and team penning. 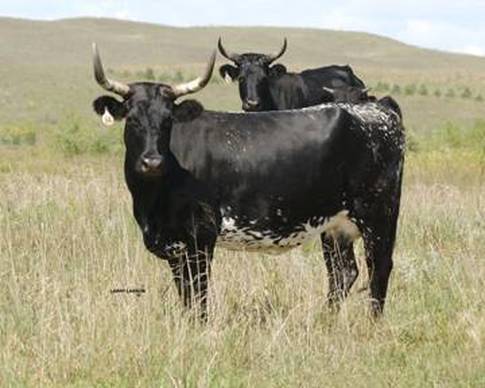 Corrientes are raised primarily for sports cattle, while preserving such natural attributes as high fertility, early maturity, trouble-free calving, and foraging efficiency, as well as disease and parasite resistance. This unique breed differs greatly in conformation, behavior and hardiness from cattle raised only for meat. Most of the production problems experienced by today’s cattlemen are a result of increasing size and weight in order to fit the current commodity market. Corrientes remain untainted by the manipulative animal husbandry which has affected and weakened many domestic animals. 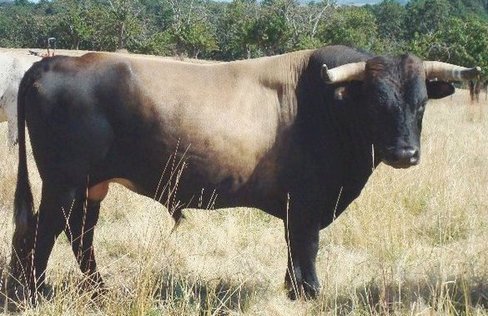 Corriente bulls mature quickly and herd sires can be used on as many as 50 head of cows. Corriente cows are exceptionally well suited for breeding, birthing and weaning of offspring. Heifers usually have their first calves in their second year. The cows are caring and protective mothers. Being used to fending for themselves, the cattle are very independent and resourceful. They are disease tolerant and have few health problems. They have a  gentle nature and are very easy to handle.