The Drakensberger is a medium-framed beef animal with a smooth coat, strikingly long and deep body with a mild temperament. It is one of only three indigenous cattle breeds in South Africa and totally unrelated to any other breed in the world today. The breed has been born, bred and developed in South Africa through natural and scientifically based selection, resulting in the Drakensberger enjoying advantages over other breeds in terms of adaptability, robustness and natural resistance against diseases, especially tick-borne diseases.  The existing gene pool cannot be improved or enlarged through the importation of animals, as with other imported breeds.  The breed is thus self - sufficient.

​The origin of the Drakensberger can basically be ascribed to the indigenous cattle possessed by the Khoi and Bantu tribes of the Western Cape. Jan van Riebeeck crossbred the indigenous black cattle in 1665 with eight imported Gröningen bulls which became known as “Vaderlanders” in early 1700. The Drakensberger can be described as the world’s first synthetic cattle breed due to the intermingling of genes of widely different cattle breeds from which it originated. 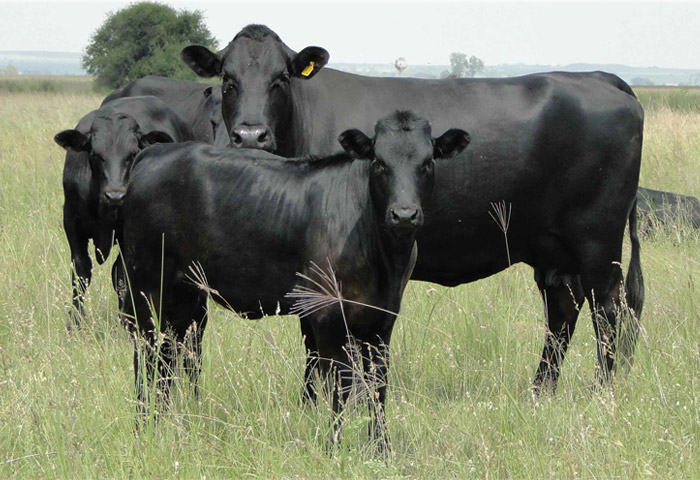 Over and above the economically important traits, the Drakensberger has top quality characteristics that are not only labour and cost effective but also ensure carefree management which are strictly sought for in the selection programme.
​The Drakensberger, pre-eminently a “Veldbeest” living off the natural pastures (the cheapest asset available to the cattle industry), is adapted to wide ranging climatological and environmental conditions. 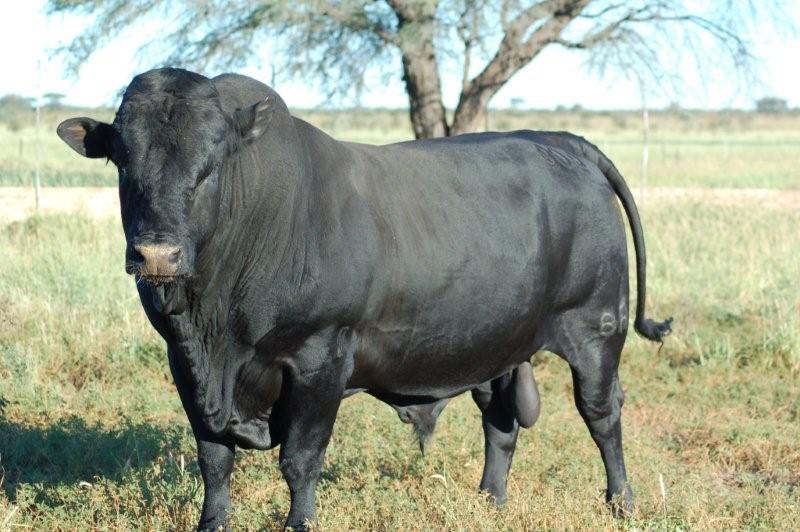 extract from supplement by Carel Nel

As the Drakensberger's history has proven, it is certainly the country's hardiest and most adaptable cattle breed.  Drakensbergers are able to reproduce in the hottest parts of the Northern Cape and Namibia where temperatures of up to 48 degrees C are recorded.  However, they also perform and produce will in the coldest parts of the Free State and Eastern Cape, where minimum temperatures as low as -18 degrees C are the order of the day.

The Drakensberger is known for its fertility, with calving percentages that are 10% or higher than that of other breeds in the same area.  They also yield an above average weaner calf weight.  The math is easy.  Even now, amidst a severe drought, the Drakensberger is confirming its hardiness with high weaning weights and exceptional high re-conception rates.  Drakensbergers possess a good temperament, allowing for easy handling and contributing to very few mortalities from birth to weaning.

The Drakensberger is easy to farm with, hardy, cost - efficient and productive, keeping cattle farming profitable in the worst conditions.  It truly is South Africa's profit breed.
​