​The Murray Grey breed was developed from an initial chance mating of a black Aberdeen Angus bull and a roan Shorthorn cow in 1905 during the Federation drought. The resulting thirteen dun-grey calves from these matings were kept as curiosities and then bred on theThologolong property along the Murray River in New South Wales by Peter and Ena Sutherland.

It became apparent however, that these odd cattle grew quickly, were superior converters of feed and possessed carcase merit. Local cattlemen were attracted by the Grey’s size and appearance and began developing the breed.
By the early 1960’s several breeders were successfully breeding commercial Murray Greys.
​
As befits a modern breed, Murray Greys are efficient for the producer. They are equally at home in the paddock, on grass or in feedlots. They are able to satisfy a variety of markets, both domestic and export.
Murray Greys carry the genetics to produce marbled beef without excess subcutaneous or inter-muscular seam fat. This is vital for export to Japan and other Asia markets. 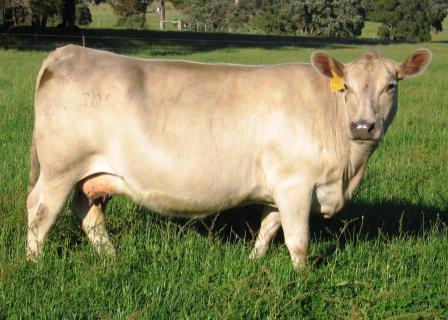 The main attributes of the Murray Grey in New Zealand is as a maternal dam breed, producing a female of excellent foraging ability which can survive the extremes of seasonal change, can consistently produce a medium size calf which is quick to get up and seek its first feed, grow vigorously on a bountiful milk supply, wean at a good weight and finish for the beef market before its second winter as a 20 month old.
Bulls for use over dairy heifers are also another outlet for which the breed can be used. Low birthweight and easy calving are attributes desirable to the continued production of dairy heifers. Along with these the calves are vigorous at birth, quick to stand and seek food and fast growing. All traits to reduce stress on the dairy operation and for the subsequent rearer of these cross bred calves.  Easy going temperament in both the males and females of the breed are also an essential component on any cattle operation.
Recently, DNA work to identify economical traits have been identified. In Australia, two of the genes involved in tenderness and one for marbling have been identified and enable an animal to be assessed for its ‘eating’ potential without actually killing it. DNA from tail hair follicles can be analysed.
In New Zealand work is being developed on the presence of the Calpain 1 gene for tenderness.
Murray Greys appear to have a high incidence of the Calpain 1 and Calpastatin genes throughout the breed and work is ongoing to identify and develop the tenderness attributes even more in the future 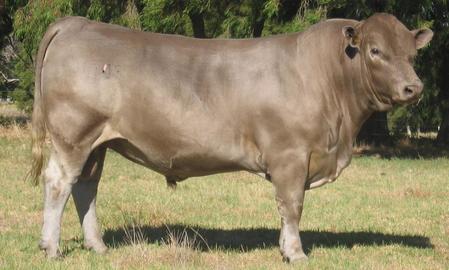 Crossbreeding has long been on the horizons of many a cattle producer due to the advantages of heterosis or hybrid vigour, whereby the progeny of the crossbred parents offer superiority in performance.  Murray Greys are used Australia-wide in crossbreeding programs over European, Bos Indicus and other British breeds of cattle.
Murray Grey cattle worldwide are increasingly chosen to be used in crossbreeding programs because they: 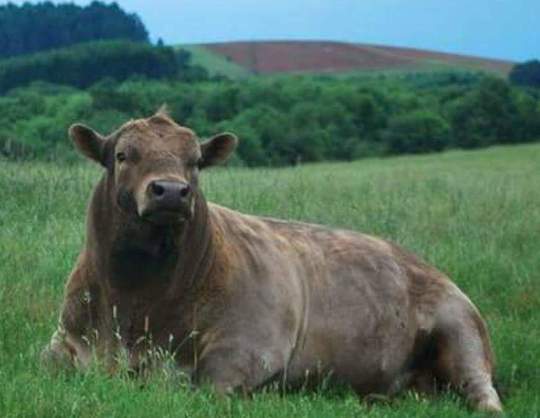