The Pustertaler Sprinzen, also called Pustertaler or Pustertaler Schecken, is a rare breed of cattle from the Puster Valley in the autonomous province of Bolzano, now in north-eastern Italy.  Genetic research carried out in 2001 showed the Barà breed of the province of Turin to be closely similar to the Pustertaler; the two populations have since 2002 been treated and registered as a single breed. 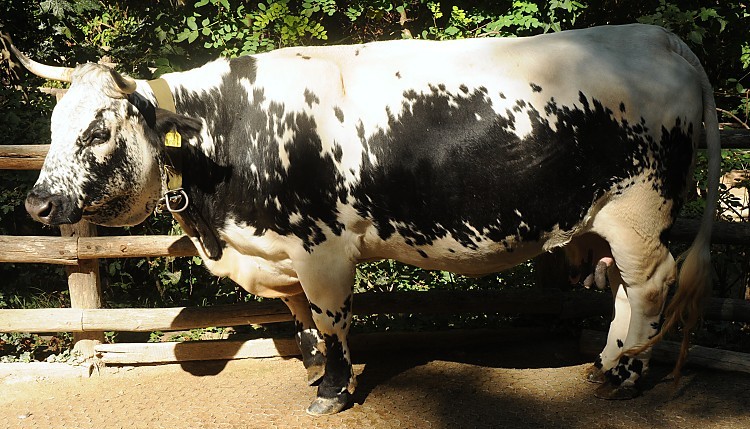 The Pustertaler was highly esteemed for its milk, and commanded high prices. A herd-book was opened in 1900, and several breeder associations formed in the next few years. 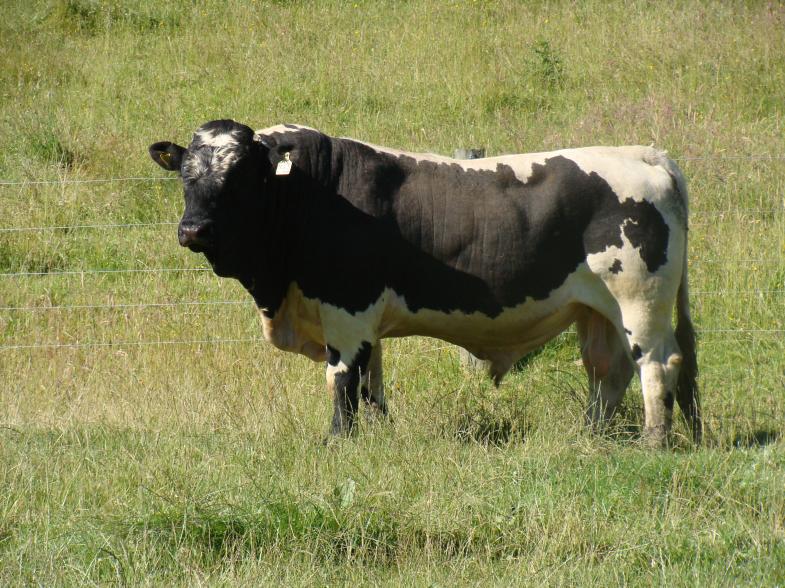 The cattle are finched and colour-sided: they are basically white with chestnut-brown to light brown or black plaques on the flanks that dissolve into small spots at the margins. They have short spreading or forward pointing horns. The cows weigh 500–650 kg and average 130 cm tall at the withers, the bulls 800–900 kg and about 140 cm tall

​Because the Pustertaler cattle look very similar to the African cattle breed Nguni African farmers had the idea to cross the two breeds.
The resulting breed was called Supertaler and offers many advantages in hot climates. 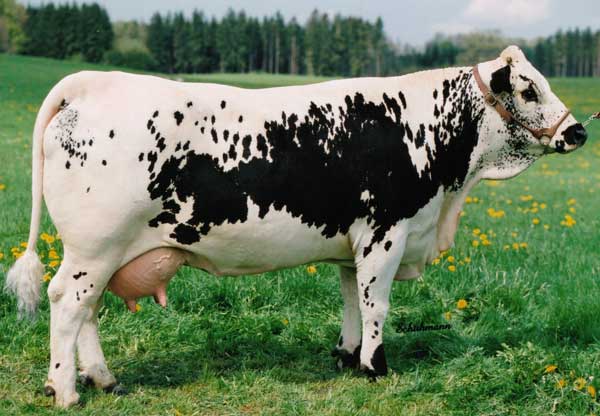 The breed is reared in Austria, Germany, Italy and South Africa.