As Wales' only native breed of cattle, the story of the Welsh Black is steeped in history.

​This hardy breed provides high quality meat and milk.  It has much to offer modern farming systems with its ease of production and award winning succulent meat.

It has been speculated that the extinct black cattle of Cornwall were a closely related breed to the Welsh Black. In the nineteenth century they were described as being the same size.

The Welsh Blacks ability to live off the land without elaborate management or expensive feed has entices many producers to take interest in the breed. 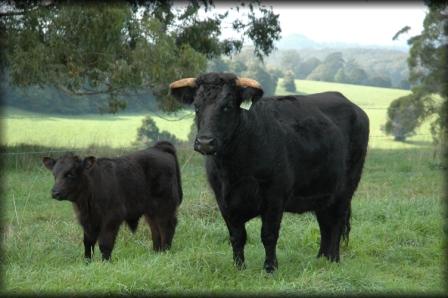 They generally have white horns with black tips, but these may be removed, and there are also naturally hornless (polled) strains. Red individuals occur occasionally – red and other colours were more common in the past.
Its hardy nature coupled with its habit of browsing as well as grazing makes it ideal for rough pasture such as heathland and moorland, and for conservation grazing.
Traditionally bred for both milk and beef, commercially it is now usually used only for beef.

​The Welsh Black has been shown to perform well in a wide range of situations, including lowland beef breeding and finishing systems, its formidable reputation has been built on the breed’s capability to thrive on marginal and upland areas. There, its foraging habit, coupled with hardiness, ease of calving, and mothering ability, comes into its own. 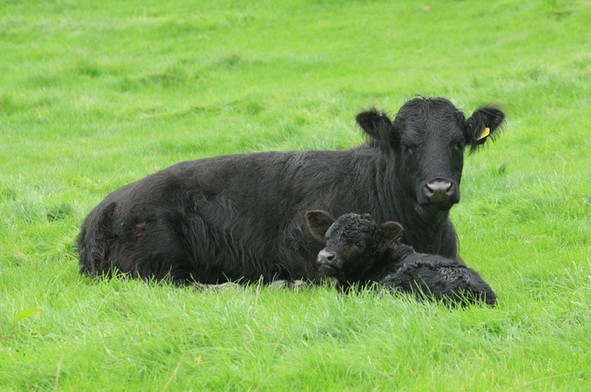 Welsh Blacks have been selected for milk production throughout history. Cows give an even flow of milk with 4% butterfat over long lactations enabling them to maximize the benefits of the crossbred calf.

Genetic fertility is envied and can be maintained at the standard 283 days under tough range conditions. Many heifers cycle under one year of age.

The quiet, easily handled cow is considered in her prime at 10 years. Some Canadian cows have produced 14 calves by 16 years of age and are still producing.
​
A mature cow weighs 1100 - 1400 pounds and has a large pelvic arch, resulting in very minimal calving difficulties even with the large beef-type terminal sires used in crossbreeding. 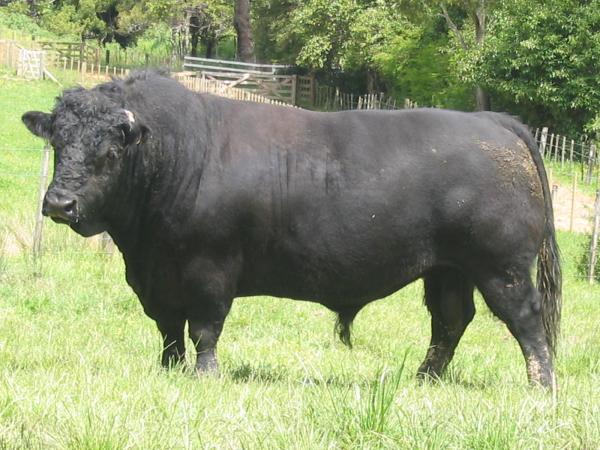 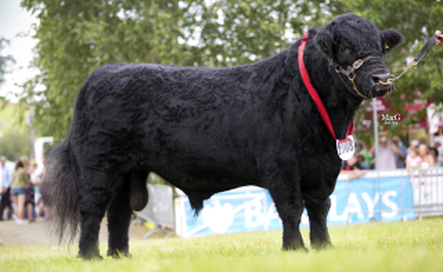 For cross breeding the Welsh Black Bull offers a quick growing crossbred calf that will produce a quality carcass at today's preferred weight.

The most important contribution of the Welsh Bull is through his replacement heifers with immediate profitable improvement in any herd's reproductive performance. The black baldy and black percentage crosses have achieved an enviable record as the "near perfect" commercial brood cow. For the cow-calf man Welsh Black can show the way. 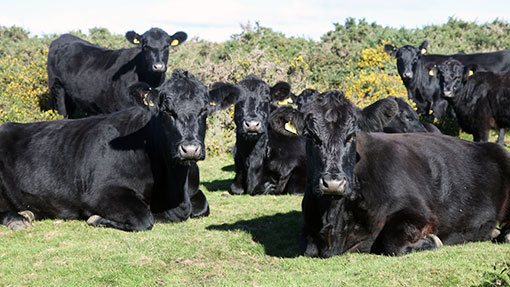 The cattle were often used as currency, giving rise to the description ‘the black gold from the Welsh hills’. Drovers would herd the cattle for weeks to sell at English markets and return to Wales with large amounts of money, making them the target of bandits and highwaymen. This threat of robbery prompted the formation of the ‘Bank of the Black Ox’ which evolved into Lloyds Bank.

The Welsh Blacks are now established throughout the UK and over the past 30 years they have travelled to Canada, New Zealand, Australia, Spain, Germany, Saudi Arabia, Uganda and Jamaica. ​